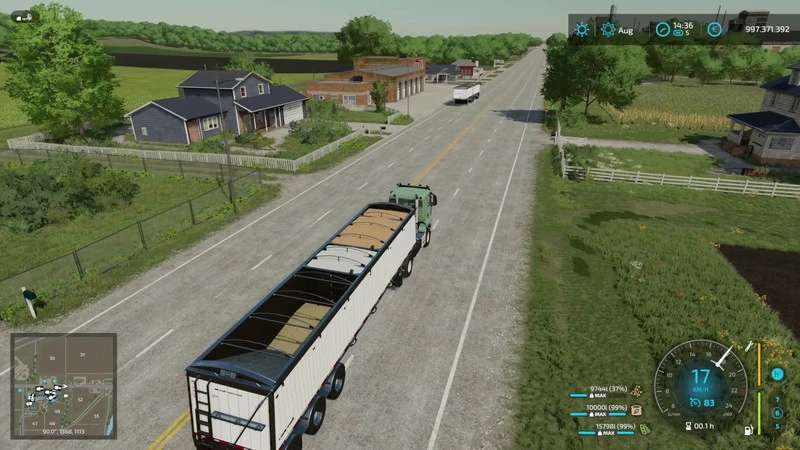 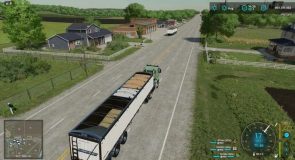 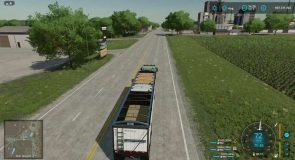 For all the friends of a more realistic play style. Some loads will be blown away by heavy winds when transported in open trailers or other vehicles.

Version 0.0.4.0
Added some more description text
Added possibility to determine the minimum required speed above which loads will be blown away by the modDesc.xml
Added a global blow factor which is multiplied with the internal calculation results of the blow rates. It can be adjusted via the modDesc.xml. Standard is 1.0 which is equal to 100%. Setting this value to zero will effectively turn off the mod. Higher values increase the strength of the blwoing effect.
Script now includes the possibility to exclude vehicles based on the user config from modDesc.xml

The strength of this effect depends on the kind of load as well as on the fill level of the respective vehicle. A fully filled trailer will be much more affected by the mod than an only partially filled one. High velocities have an overproportional effect on the blowing strength. Closing the cover of trailers avoids the effect of losing loads. So if a vehicle has no cover, you should think about what to transport with it.

The package includes a .xsd file which describes the allowed configuration paramaters of the modDesc.xml.

Explanation of the configuration parameters:
debugMode: when active an ingame hud is shown which reveals some of the internal calculation values, while operating a vehicle that is influenced by the mod. Furthermore some of the critical events in the mod processing are printed to the games log file. Depending on the map, fill types and vehicles this can be a lot! Only for people who want to know exactly what’s goning on. Don’t blame me for bad things happening in debug mode 😉
considerWindSpeed: when active, the current wind speed in the game is considered for calculating the strength of blowing loads. Driving against the wind blows away more load than driving with it coming from the back.
minBlowSpeed: This is the speed in km/h (not necessarily the value shown in game) above which the calculation for blowing loads comes into effect. Below this speed, no loads will be blown away.
– blowFactorGlobal: This is a global scaling factor (float value) for the strength of the effect of blowing away loads. The standard value is 1 (one) which equals 100 %. A value of zero (or below) effectively deactivates the mod. Values above 1 increase the strength of the blowing effect.
<fillTypeConfigurations>: Here items of the type <fillTypeConfiguration> my be added to change the behaviour of the mod concerning certain fill types in the game. By standard the applicable fill types for this mod are determined by the predefined fill type categories from within the game. This configuration allows fill types to be included or excluded by the user’s choice. The value of “fillTypeBlowFactor” defines the strength of the blow effect caused by the wind for this fill type. Be cautious with tuning this value! You may also change the values of the “fillTypeBlowFactor” for predefined fill types by adding them again with another value. Please look at the examples provided to see how to deal with this configuration.
<vehicleTypeConfigurations>: Here items of the type <vehicleTypeConfiguration> my be added to exlcude certain vehicles from the effects of this mod. You have to use the EXACT full vehicle name (Vehicle.getFullName()) that is used in the game to allow the vehicle to be identified for the purpose of this configuration. Please look at the examples provided to see how to deal with this configuration.

Important note: This is still work in progress! I’m thankful for any feedback about bugs, errors or improvement suggestions.