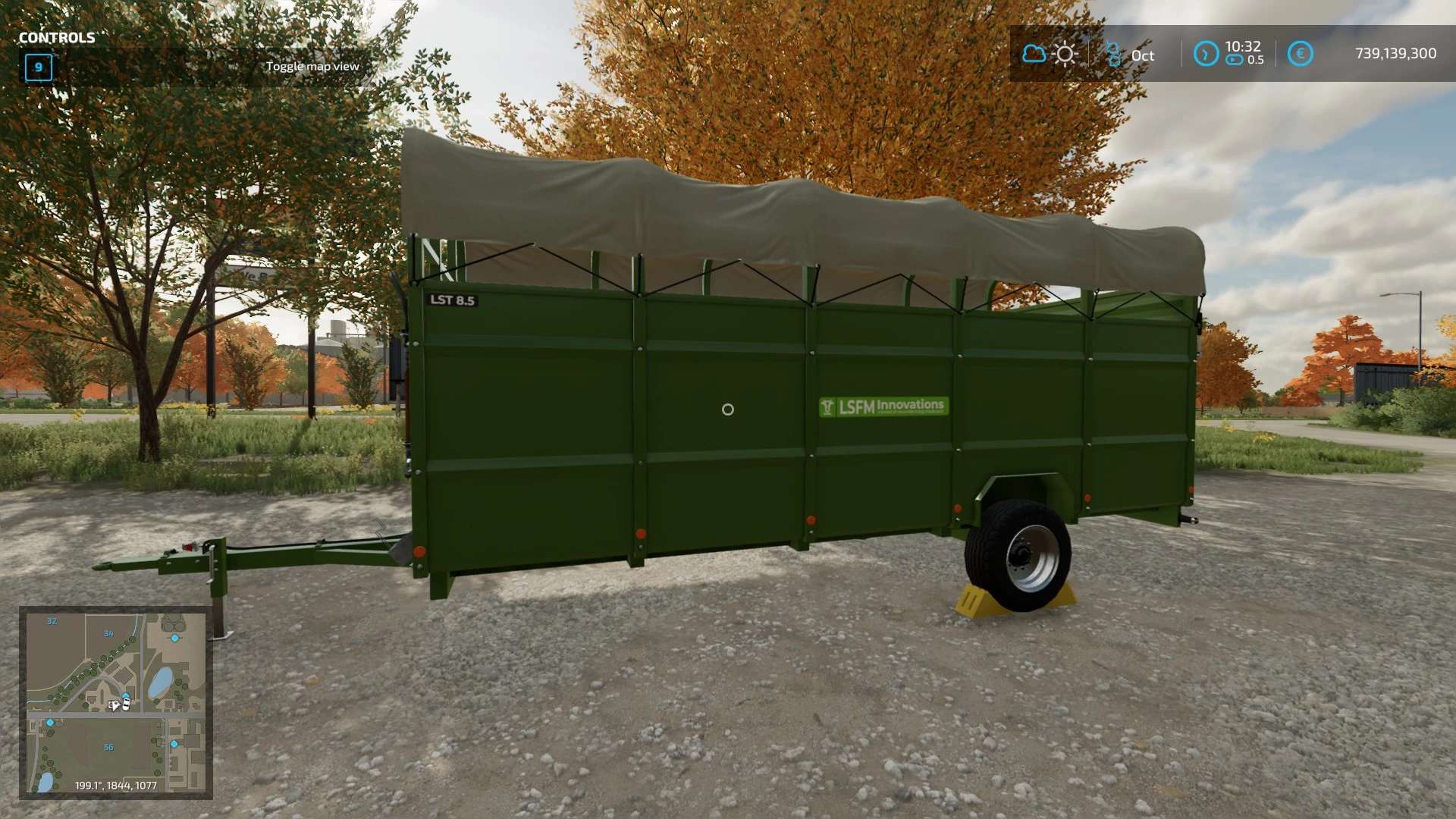 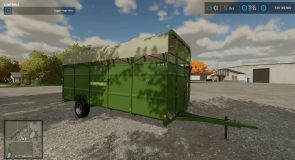 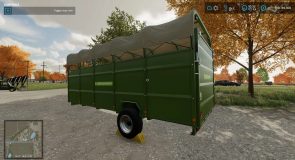 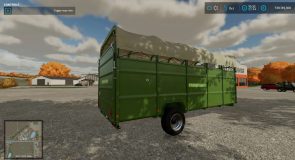 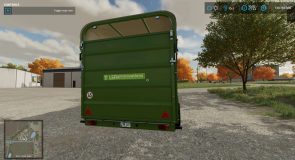 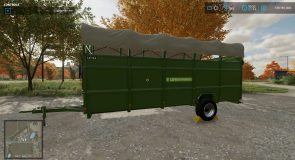 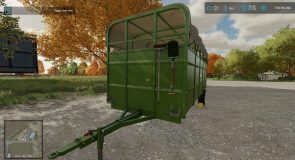 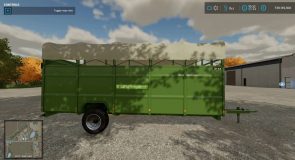 Homemade cattle trailer with a few extras. Supports all standard animals as well as those from the Hof Bergmann Map.

V1.0.0.1
Improved dirt and scuff textures
Bales can now be used as bedding, straw only becomes manure after a certain time and when animals were in the cattle trailer.

The LSFM Livestock Trailer LST85 is a small, practical self-made livestock trailer from LSFM.
It supports all standard animals and those from the Hof Bergmann Map because they are based on the standard. The cats are an exception.

Special feature:
So that the animals do not stand on the plank floor, it can be loaded with loose straw or bales,
the straw will be converted to manure after a while if at least one animal has been on it.
This crap can then be unloaded normally with the standard unloading function as is common with trailers.

Danger !
The cover (tarpaulin) must be open so that the trailer can pick up the straw.

Animal species that can be loaded!