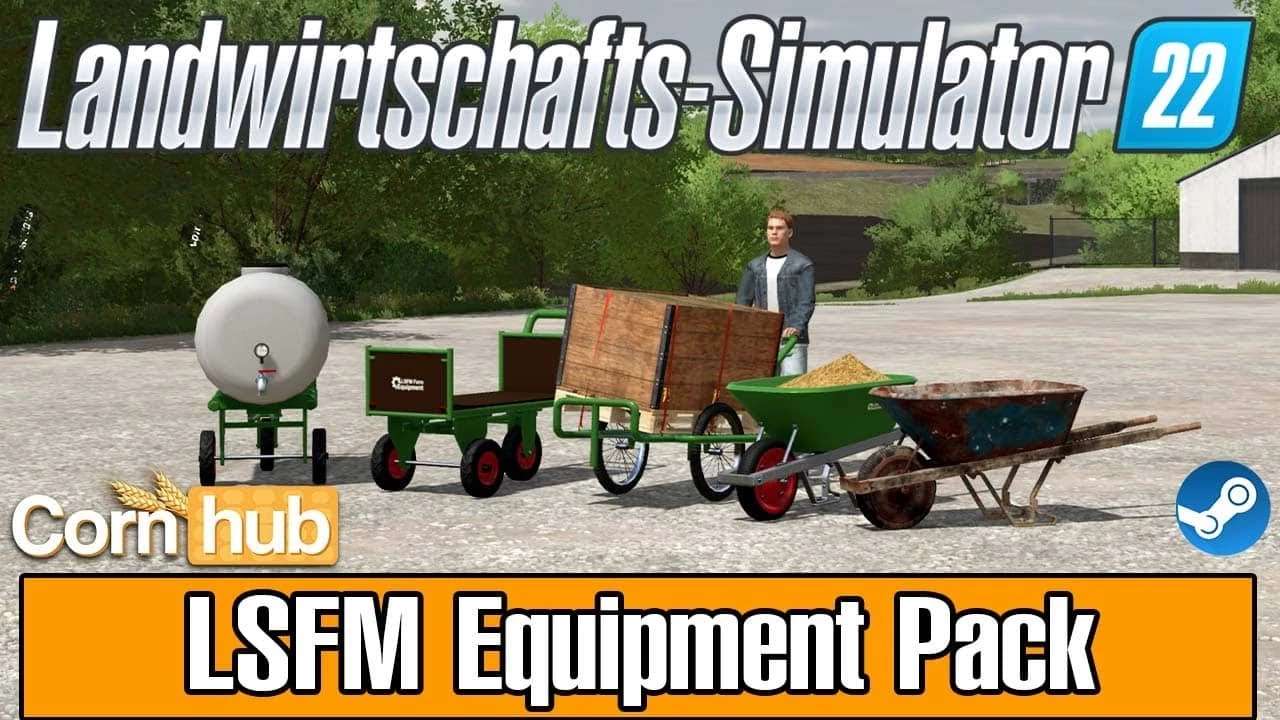 Version 1.0.0.5
Added barrel module for the bike trailer
Shovel radius increased on the wheelbarrow (fixes the problem with calves mucking out on the Bergmann farm)

LSFM Farm Equipment Pack known from the LS19 can now also be used for the LS22 for other maps.
Due to the small size, load directly here from the website.
Small equipment pack consisting of wheelbarrow, hand truck, bicycle etc.