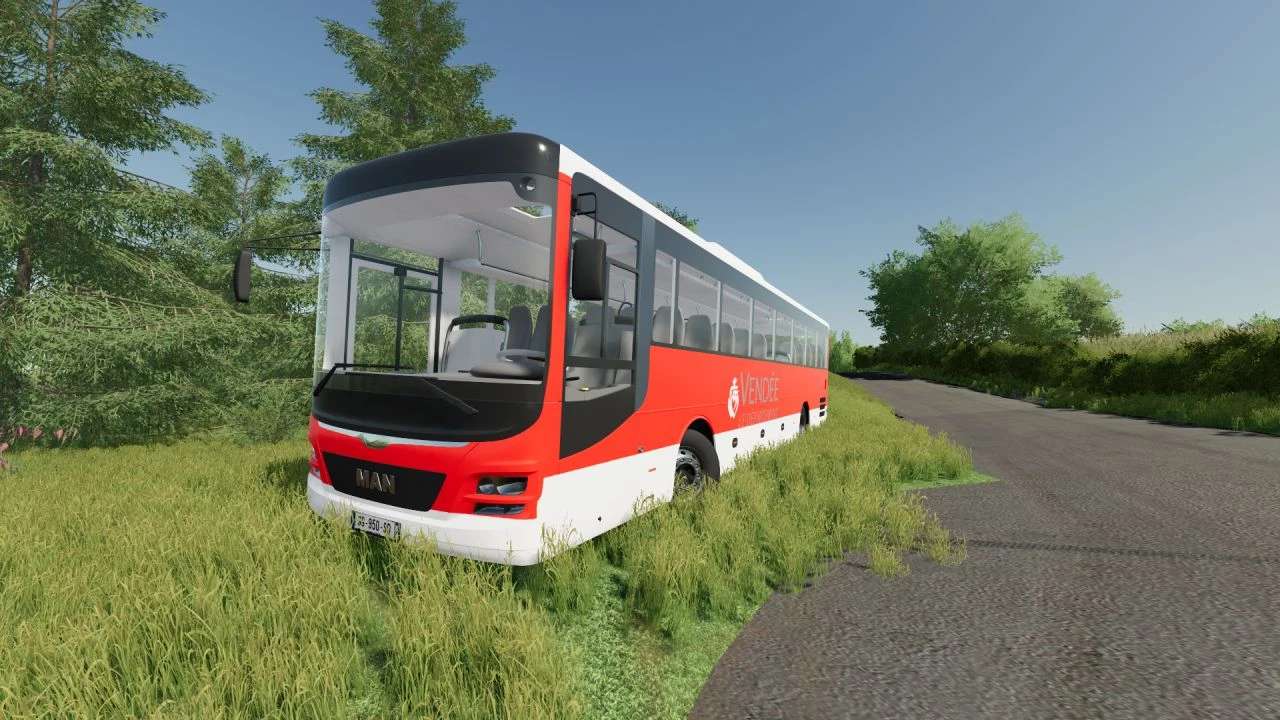 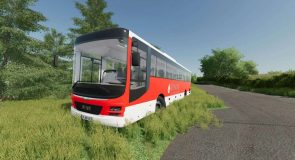 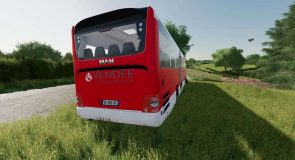 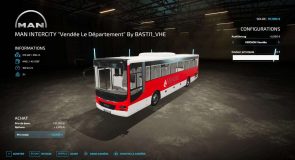 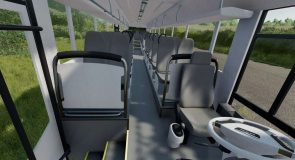 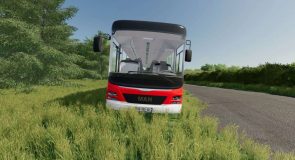 Today new mod:
I had the exclusivity to make a collaboration with the department of Vendée to be able to design a bus (MAN Chassis) by creating a “Prototype” having a screen printing a little different from the original one, this one was validated by the Region, it will be improved in the future to add some aesthetic details.

NB: Following strong requests in MP, I’m finally releasing it to you on FS22.

PS: The mod has an original version (civilian) and the Vendée version (design by BASTI1VHE)

The mod also has the possibility of having the door openable:
– key N -> Double central door opening