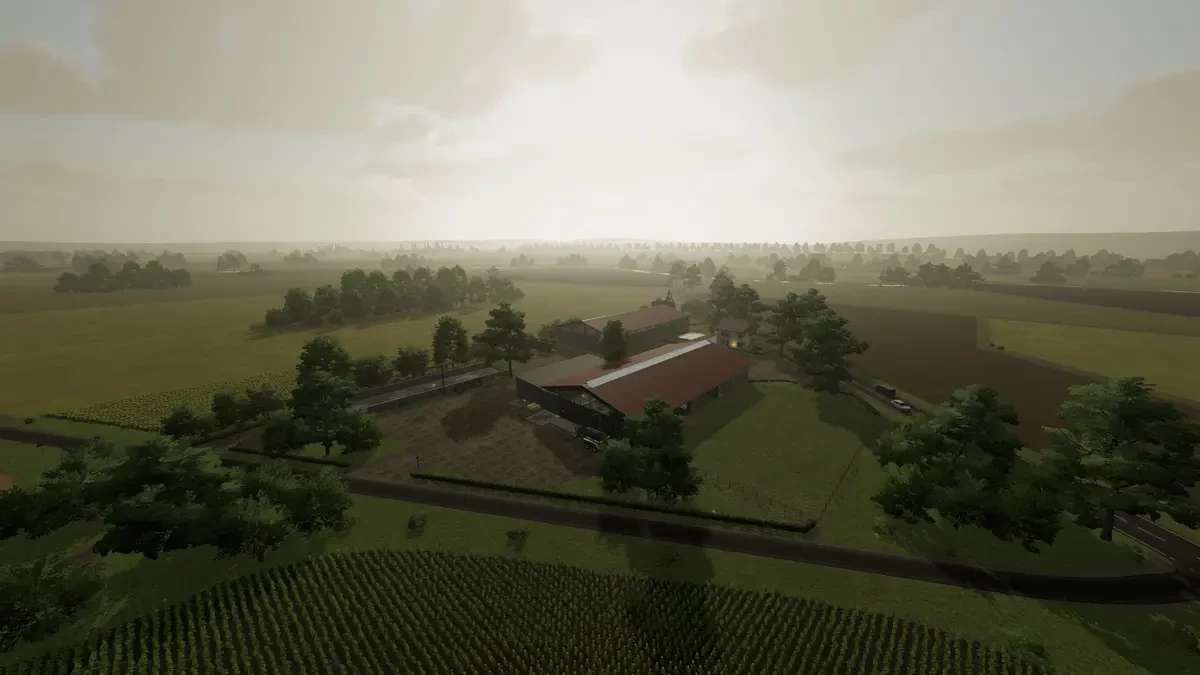 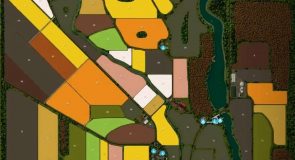 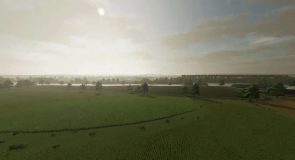 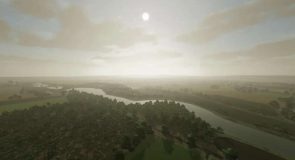 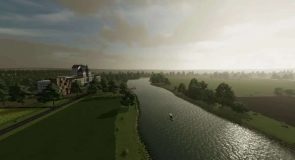 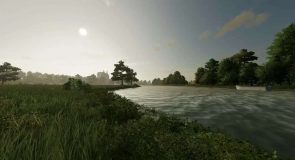 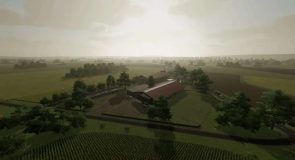 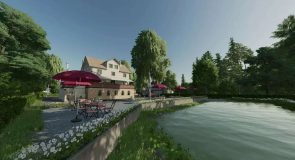 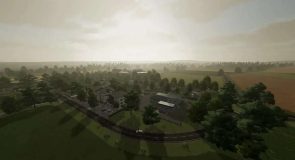 This map roughly reflects a region of Brandenburg.

Welcome to the Brandenburg area
This map roughly reflects a region in the Prignitz/Ost Prignitz.
As is typical for Brandenburg, the land is rather flat, the soil in the region is rather sandy, which is also noticeable with the Precision Farming DLC.
You start on a small farm with cows and a shelter for the vehicles, the vehicle fleet is designed for the grain industry and cow husbandry, and is correspondingly extensive.
You also own the hay production facility, which you can find on the premises of Günni’s market, where, as the name suggests, you can let grass dry into hay.

On the map are own productions:
hay production
Fish Production (Behind Deniz House)
Vegetable production (tomatoes/lettuce/strawberries, can be washed and cut there, and sold more expensively, you also get your own liquid compost)
Greenhouses (including one that produces carrots)
Seed production (herbicide needs to be over-loaded with a liquid trailer, (e.g. MKS8))
Pig Feed Manufacturing and Compost Manufacturing
paper production
spinning
starch production
pizza production
beet pulp production
And the revised productions from the farmer

Additional features
90 fields
17 of them are meadows
32 floor brackets are installed
a lot of forest, both small areas and large areas
Schweinehof (Buyable via land)
Sheep/Chicken Farm and Greenhouses (Purchasable via Land)
House sale (you can bring pizza and much more to the family and sell them there for a little more money)
Compost, liquid compost (they have the same function as manure/fermentation residues, except with the Precision Farming DLC, there they no longer have any influence, unfortunately there is no other way to do it)
own mark
many small features
many objects on the other courtyards can be sold freely (main courtyard excluded, as there is too much decoration there, please understand)
If you play without Precision Farming DLC, you will get a few warnings, these come from the vehicles, because they have installed tools for this, but they have no effect on the game
otherwise log error-free, but the warning with Meadow Mesh is not to be considered (comes from Giants)

Map icon symbols and the many production buildings are from Landbauer, thank you for allowing me to continue using them.
The hud icons and production icons were partly obtained from 2 sites (icons8.com/flaticon.com) the mention is important due to copyright
Many thanks to Echttod, without him I probably wouldn’t be able to release this card by a long shot!
Some ground textures come from the Quixel database, they are copyrighted by Quixel!