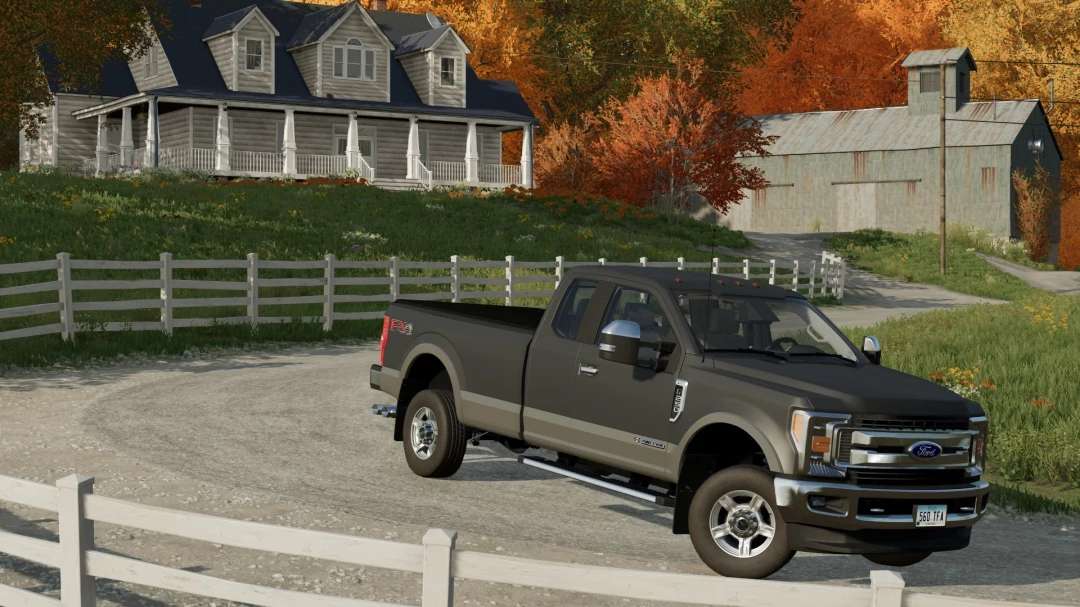 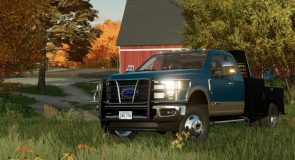 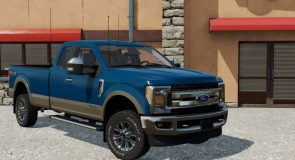 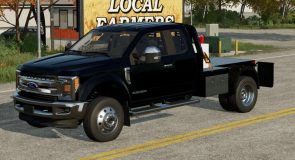 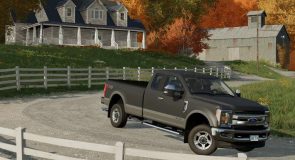 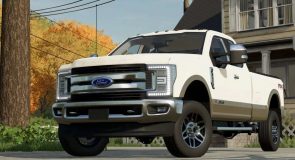 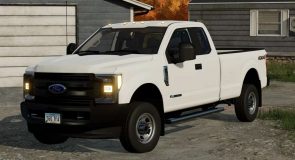 Here it is The moment all your graphics cards have been begging you to not do to them! I here By Present the 2017 Ford F-Series The Files Size will be Right over 385MB (TO AGGNOLAGE NOW THIS WON’T BE THE MOST POTATO FRIENDLY) but do not be fooled by the size of the file as the mod itself is split up into 11 separate parts (NEED TO UNZIP) being the Truck Itself, 9 Different Beds all detachable and sold separately BUT IN A BED PACK ONE MOD, and the revolutionary detachable/adjustable 5th wheel taken from my version of the 2014 Ram in FS19. There are pretty much endless factory options on this truck along with many hidden features like dash lights and moving parts. The overall layout of the pack is a 2017 Ford Superduty Extended Cab 8ft Longbox Series ranging from the F250 all the way up to the F550 and trim ranging from the base XL up to Lariat to stay true with Ford’s buying range of the cabs model. The newest feature to become functional is the Drivetrain option with 2×4 being an actual 2wd and 4×4 being an actual 4wd which can also visually be seen by looking at the front axle and seeing the driveshaft and differential disappearing when not selected along with the signature front hubcap delete when 4×4 is selected to reveal the hub. The Pricing is as close to IRL beside a few options which I just guessed cause at this point I kind of don’t care haha. The color pallet is a mixture of all the colors I’ve applied to vehicles over the year just summed down to the best that fit the truck. Id like to thank David, Derek, Matt, Rodrigo, Riley, Blake, Ben, Josh, and all the others that had a part in this project whether it was testing, putting up with my B.S. Questions, offering parts to put on the mod, or straight-up inspiring certain aspects of the mod itself.