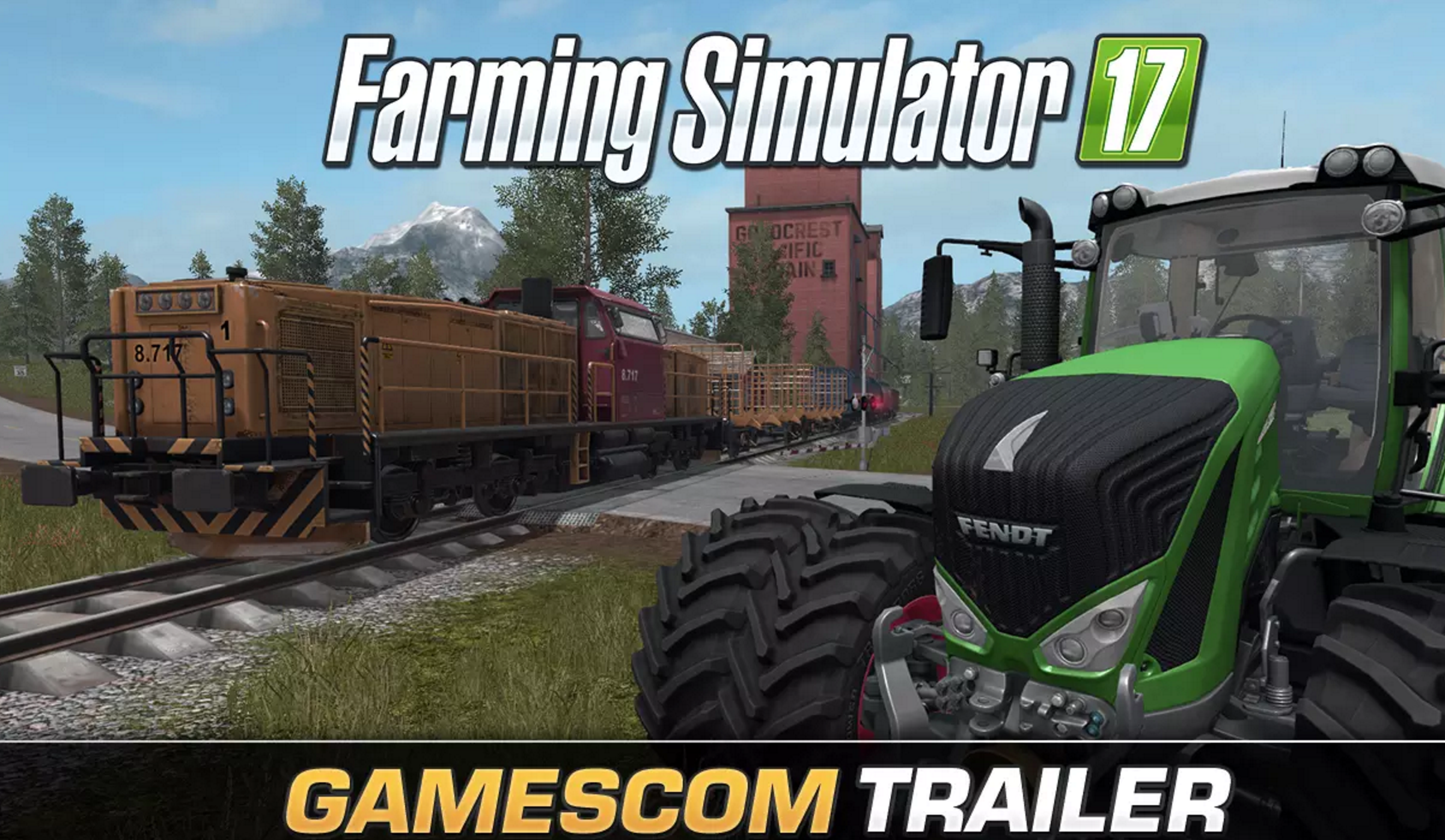 Next week will be Gamescom 2016 in Köln, Germany, a landmark for Farming Simulator, where the game was met with huge success for the past 7 years, gathering hundreds of thousands of German players, constituting an important core of a passionate community. Gamescom 2016 is thus a perfect opportunity for Farming Simulator 17 to return to the spotlight and meet its German audience, who will, like every year, access and play a preview version of the new game, on a huge Farming Simulator booth (Hall 8 – B41) that promises this year to once again get the public hall rocking!

Check out our Gamescom 2016 Trailer, showcasing new features and the new North American map: Goldcrest Valley! Farming Simulator 17 arrives on the 25th of October for PS4, Xbox One, and PC.

In the meantime, have a sneak peek at Farming Simulator 17, its new environment and some of its new features with its Gamescom Trailer! Among these new features, livestock farming gets even richer, with the introduction of a new animal type: pigs. The transportation system has also been significantly deepened, with a new railway system featuring drivable trains, giving players an alternative way of transporting a large variety and quantity of goods between different production and selling spots, located in the new environment: Goldcrest Valley.

These are just a few of the new features of Farming Simulator 17. Including also over 250 vehicles and tools from more than 75 brands, Farming Simulator 17 is the most complete farming simulation ever created. We will unveil more in the coming weeks, until the official PlayStation 4, Xbox One and PC releases on the 25th of October, 2016.