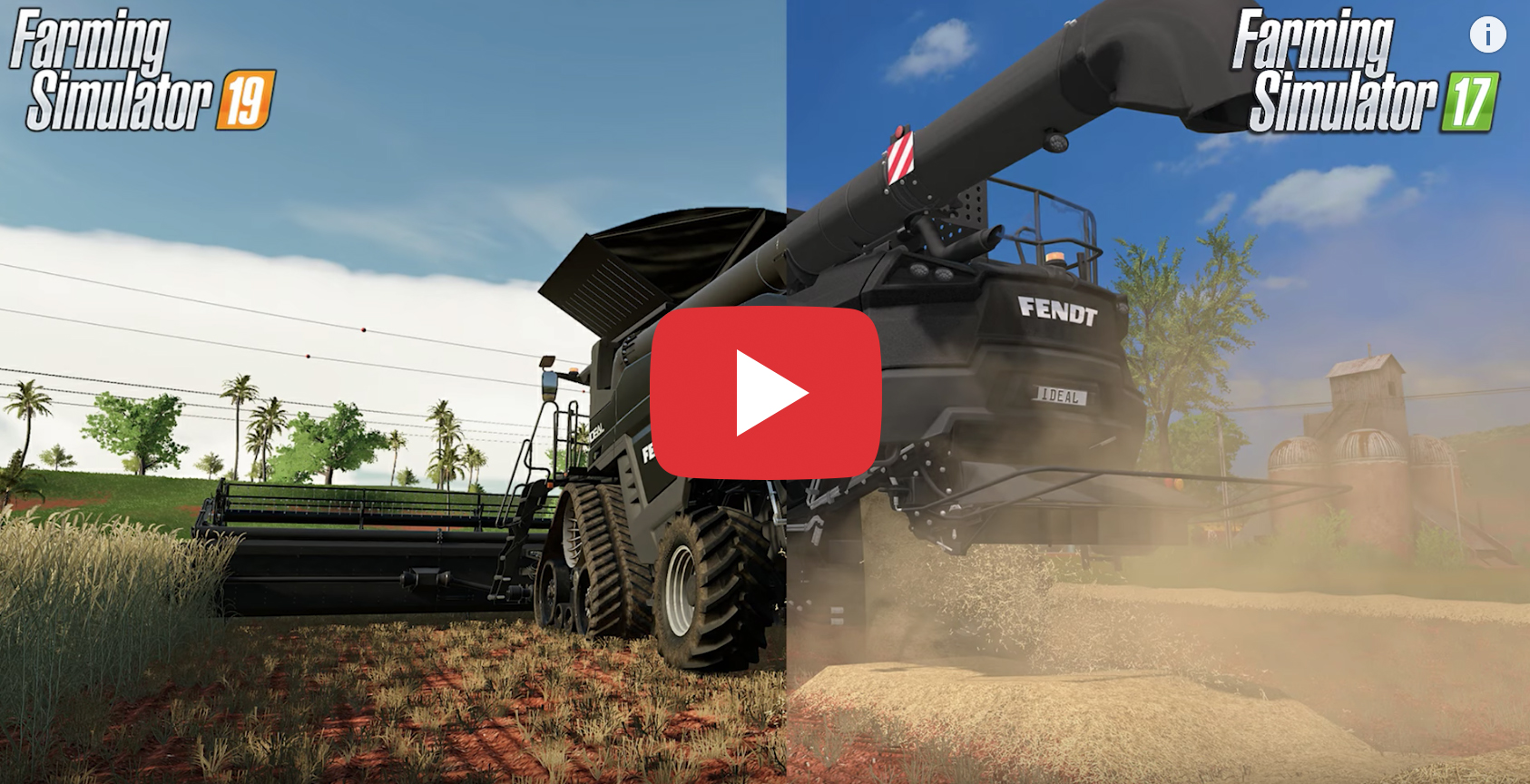 For the Farming Simulator 19, we have made many improvements to the GIANTS engine and the result is impressive. Especially in the so-called post-processing a lot has happened. The High Dynamic Range Rendering allows us to display the complete spectrum of colors simultaneously, the added Bloom will make light exposure much more realistic, thanks to SSAO all objects in the game now cast their own shadow, which is thrown realistic thanks to new light scattering technique. The sun in the new, dynamic sky now serves as the light source, and the clouds, which are now voxel-based 3D objects, reflect the light in an absolutely realistic way.

Last but not least, we also made some improvements to the surface textures. Different surfaces now not only look much more realistic, but also react differently to light and reflect, depending on the material, the light stronger or weaker.

That’s a lot of technical terms, but you’re probably wondering what the result looks like. That’s why we want to show you the first two comparative screenshots today.

All screenshots were shot at the same time of day, at the same location. We use the Estancia Lapacho as a map, which will be included in both the LS17 Platinum Edition and the LS19.

Please note: We are still in a very early alpha phase, so not all things are final in the screenshots of the LS19. As the development continues, there will be some changes.

Although I personally (as a freshman as we know, my first LS was the 13er) think the jump from 17s to 19s is already big, not only graphically, but the rest I can only show you much later.

Why to use Farming Simulator 17 mods?
Even though Farming Simulator 2017 is a great game, you can make it even more astonishing by installing Farming Simulator 17 mods. There are plenty of mods for every part of the game so you can change or integrate whatever you like. All the FS 17 mods are absolutely costless, so you won’t spend anything trying to change the game according to your own wishes. Our main goal is to keep Farming Simulator 17 community happy where everyone has a possibility to implement their ideas and enjoy playing a perfect game. If something looks disturbing, bothers you or maybe you just need to integrate more tools and supplements, simply use FS 2017 mods. Not many games provide an opportunity to change it by individual needs but Farming Simulator is different. You can do whatever you want just by installing LS 17 mods so it’s time for you to take action and fulfill even craziest ideas!