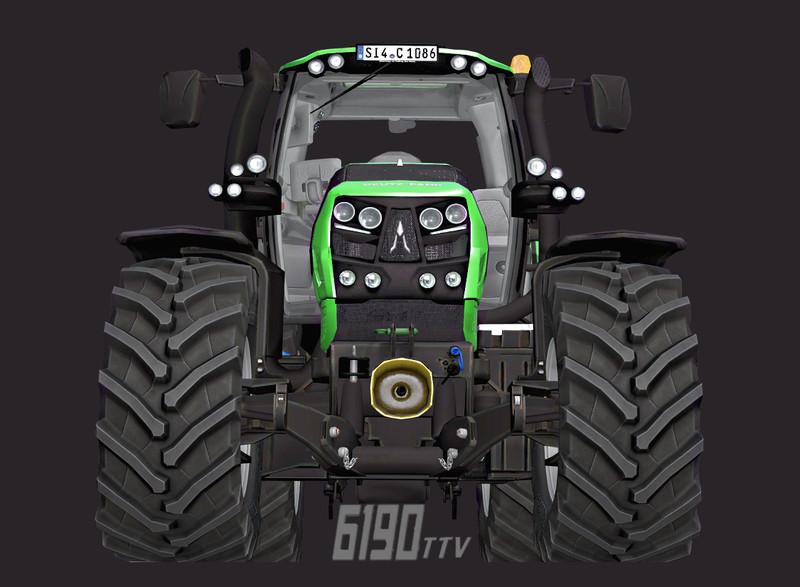 Here we have the well-known Deutz Fahr TTV model.
This is New Version, revamped V5 Agrotron TTV 6190 for Farming Simulator 17.
The Agrotron TTV collection in 2013 was the Agrotron 6100 series
except the gearless gearbox and the closed hydraulic system
For. Engine power ratings were low for the TTV models
the highest readings were achieved only with the additional feature.
The transmission was similar to the ZF Eccom 1.5 as in the previous models.
It had 4 speed ranges, which made a great mechanical possible
Power transmission at important working speeds. 50 km / h were reached
1730-1790 round. The accelerator pedal could be used either in automatic mode
Pedal or the normal way. The deviation of the direction change was now
adjustable with a lever. The load bearing hydraulics was
equipped with a 120 or 160 l / min pump. The noise level of the Maxi Vision cab was
only 68 dB. The cab suspension was standard mechanical. optional
got a self-regulating air suspension. Other standard equipment included 4
an electrically controlled hydraulic section, air conditioning and also a front axle in Finland
hydraulic suspension.

Four smaller models were introduced for the 2014 collection, with which
The most significant change from the larger one was reduced to 6200 kg.

Please do not switch to another hosting of this file!